Songs of our ancestors 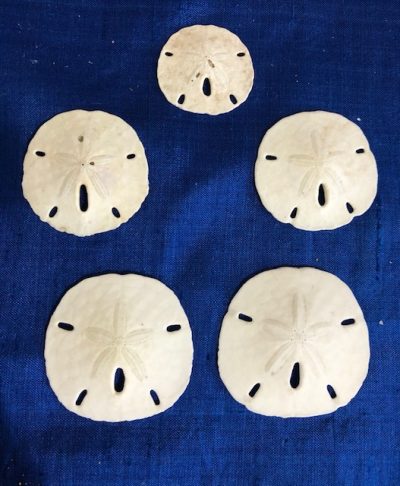 Do you remember the first time you heard the ocean in a seashell?  When I was a young girl, I remember visiting my grandmother who had these large shells, that later I learned were whelks and conchs.  She told me she picked them up on the beach herself in a faraway place called Florida.   I remember being amazed – they seemed like such treasures, so special.   And when she held them to my ear, I heard something so much larger than myself.  I didn’t know what the ocean sounded like, but this sound was magical, and it carried me to another realm I seemed to vaguely remember.

I was six years old when I went to the beach for the first time, and I went crazy over the seashells.   My mother bought me a book about shells, and I learned the names of all the ones I found.  I even brought a lot of them home and I made a display and took them around the neighborhood and offered them for sale!   They must have seemed so special and valuable to me, that I thought everyone would want one.  And these were just the ordinary everyday seashells, not the beauties my grandmother had.  It brings me deep joy to remember my six-year-old self who had the unquestioning belief that everyone would see these shells as the messengers of beauty and joy that I did, and I had no doubts or self-consciousness about sharing that with everyone.

We are drawn to the sea like a magnet, the ancient sea water in our blood acting like a homing pigeon.  The shells are a touchstone, reminding us of our ancient roots in the sea and the seawater that courses through our veins and cells.  Shells are intertwined in the lives of the earliest known peoples.  Beads were found made from seashells that are 80,000 years old, and a carving 500,000 years old has been found on a clam shell.  Shells hold the memories of millennia of people who have walked the shores and held the shells, been drawn to their beauty, listened to them, and heard their ancestor’s songs in them.  They have been used for tools, beads, jewelry, money, divination tools, artwork, and even religious symbols, like the scallop shell on the Camino de Santiago.  And shells are found marking ancient gravesites all over the world.

Walking along the seashore, one foot after another, is an ongoing pilgrimage with these ancient beings that have literally seen the world through the millennia of time.  Each morning’s walk on the shore reveals a new layer of ancestors as the seas wash the sands.  Even during a quick walk on the beach, time stretches out to eternity so easily, and our ears open to hear the stories and songs of each shell.   We keep their stories alive when we pick them up and admire their beauty and honor them by decorating our bodies and homes with them.  And if we listen closely, they will sing their songs to us, reminding us that we come from the sea,  opening a door to the long story of our history so that we may hear the voices of our ancestors coming through their songs.

We are literally standing on our ancestors as the sand washes between our toes at the edge of the sea, the same as when we have our feet in the dirt of the forest.  Two seemingly different worlds, they are both made up of our dead, of all the beings who have died and decayed before us.  The land has dirt and stones, and the sea has sand and seashells.    Each stone and shell tell a story on their way to being dirt and sand, making up of the bodies of the dead under our feet that hold us up literally every day.

At my West Virginia home in the mountains where I have spent almost all of the past year, I have heard the land there speak to me and say “heal the land”, and that has been happening with my gardening and forest tending.    Yet I am hearing the sea call to me too, and her message to me is still swirling, not quite audible yet.  Perhaps it is the same message, but it feels more about story, about the story of being on the edge of the land and the water.    And the seashells are the messengers.  On the morning of All Hallows’ Eve, I was on the beach before daybreak, watching the full moon set, and as the dawn came, I found FIVE sand dollars! It is rare to find even one that is whole.  I also found a fighting conch, a lightening whelk, a lettered olive and more.  It was a gift, an invitation, an answer to a prayer that YES, I am meant to be here too, at the edge of the sea.   Each shell felt like a message from an ancestor.  Each one a prayer.

The shells – the bones of the sea – are so common that we forget their power.  They speak to us.  They have voices if we listen.  They sing to us.  They call us home.  Finding a whole whelk or conch or sand dollar on the shore today is like a small miracle.  They are hard to find whole and still shiny, yet no longer alive.  When one appears at your feet newly washed onto the shore, it is like a flower from our Ocean Mother, a message, that says you are chosen and loved.  And as I receive Her gift of grace and pick up the shell and take it home, I am filled with joy.  I am saying YES!  I accept your gift.  It is the sweetest kind of joy, to be offered such a gift, and to be able to say YES, like that devoted six-year-old girl that I was, trusting my heart.

← Drinking Moonlight
I Almost Stepped on a Turtle →